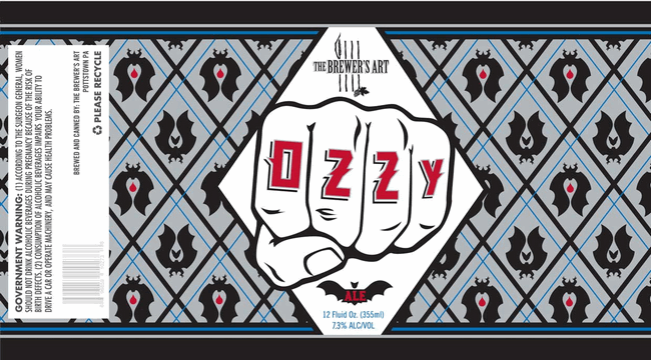 Chris Kaltenbach of the Baltimore Sun cited Ice Cream Social in a story on March 27 that was re-posted on several sites, including Bloomberg Business Week.  The story is about Ozzy Beer, a Belgian-style ale produced by a Baltimore microbrewery in honor of Ozzy Osbourne, the former lead singer of Black Sabbath and (more recently) star of a popular reality TV series.

The story reports that interest in Ozzy Beer soared after the brewery received a cease-and-desist letter from Ozzy Osbourne’s lawyers.  The rock icon has endorsed soda, a cellphone, and even imitation butter spread, but Ozzy Beer went ahead without his permission.  That was not OK with Ozzy, but it has been great for sales of the beer, which remains on the shelves.

The story cites chapter three of Ice Cream Social because the kerfuffle over Ozzy Beer is similar to a brief dispute between Ben & Jerry’s and Grateful Dead guitarist Jerry Garcia.  “Even Ben & Jerry’s ice cream, when it introduced Cherry Garcia in 1987, briefly ran afoul of its namesake, Grateful Dead guitarist Jerry Garcia,” Kaltenbach writes.  “The dispute escalated, according to Brad Edmondson’s “Ice Cream Social: The Struggle for the Soul of Ben & Jerry’s,” until an agreement was reached that royalties from Cherry Garcia would go to a foundation the band had established.”

Here’s the rest of the story:  Jerry Garcia’s lawyer stopped being nasty to Ben & Jerry’s when he and Jeff Furman negotiated a licensing fee for Cherry Garcia.  The fee goes to the Rex Foundation, founded by the Dead in 1983 to make charitable gifts to grassroots organizations.  Since 1984, the Rex Foundation has granted $8.9 million to over 1,200 recipients.

Ozzy Osbourne has a long track record of giving to charity, too.  So how about it, guys?